The new helmsman at the wheel

On 1 September 2020, Jean-François Lavignon became the new ITEA Vice-chairman, succeeding Philippe Letellier, who held the position since 2008. So who is the new right hand in the ITEA Community, what are his views and what does he bring?

From Bull to HPC ETP

Having studied at engineering schools in France, Jean-François kicked off his career working for a Ministry of Defence agency, which actually gave him the opportunity to do a year exchange in the US. “Shortly after, in 1998, I decided to enter the world of industry and joined Bull. This was an excellent environment in which I was able to take my interest in computer science further. I ended up spending 18 years there, initially engaged in the organisation’s research strategy and then becoming the business unit leader for the cybersecurity product line. That’s also when I came into contact with ITEA since at Bull we were involved in the creation of the Cluster and in several ITEA projects.”

So, not really a newcomer to the organisation? “No. In fact, I was also involved in setting up the first ITEA roadmap around the turn of the millennium. When I became head of the cybersecurity group, I withdrew from the ITEA Steering Group but still stayed in touch. In 2002 at Bull the garden was not all that rosy so we decided to invest in high-performance computing and I was tasked with leading this initiative. Soon after, Bull became a leading international player in this niche market. ATOS (the Bull successor) has continued this activity and is now competing very well on the world stage. Also, we realised a European Technology Platform (ETP) for this technology through a joint effort between industry and the European Commission. This resulted in a PPP (publicprivate partnership) and a commitment of €700 million to develop high-performance computing (HPC) within the Horizon 2020 programme. I was the chairman of this HPC ETP. With that, I then had a dual role – steering the ETP and steering research at Bull.”

In 2016, Jean-Francois decided to make a career shift and begin his own company. “I did not have any ambitions to grow but rather wanted to bring my knowledge and expertise to companies in the field, focusing on two main domains: helping to boost the European HPC ecosystem, establishing European coordination and support action with other players, and working with SMEs that have very good technical ideas and innovations but often find it difficult to find the path to market – what is the right business model for their innovation and who could be the right partners to gain access to the market? So the name of my company is Technology Strategy – it reflects the interdependence of strategy on technology and vice versa as ingredients for success. With a focus on the market and end user.” 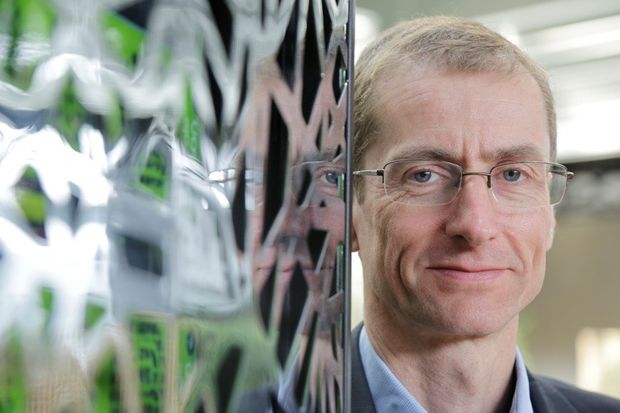 The ITEA credo? “Yes, indeed. ITEA really is an industry-driven programme with a bottomup approach that targets real needs. Our role is to support the project participants to get the most out of their potential, not to give a project ‘marks’. We want to appreciate the effort, give positive feedback. All this will be a very important aspect especially for the highly complex problems that we will have to solve in the future. We can’t work alone. We have to collaborate. To generate the innovations that will be needed. With our spirit of collaboration we will be able to achieve that impact.”

From a personal perspective, Jean-François says that ITEA will also help broaden his scope, especially with regard to the technology range. “In fact, it was one of the main reasons for me to apply for this role. Another motivation for me comes from my involvement in support action, in coaching projects and helping them to achieve even more. I see this very much as the role of Vice-chairman. And thirdly, I have been on the Board of ITEA since 2007 and I’ve always seen the Community as one that focuses on impact and results. ITEA is an organisation that is all about sharing. To work in such an environment is a real motivating factor for me. It’s the spirit that really makes the difference. Even within Eureka, I have found that the ITEA sharing spirit is very distinctive.”

Jean-François' introduction to ITEA anno 2020 began back in May this year when he attended the Online ITEA Cyber Security Customer Workshop as well as working with the team on the Inter-Cluster Call on Artificial Intelligence during the summer. His first official task, as it were, began with the Online ITEA Project Outline Preparation Days. “There has not even been a single physical meeting!” Sitting in his apartment in the Saint-Cloud suburb of Paris (“I can see the Tour Eiffel from my balcony”), he notes that there is very little prospect of such a meeting taking place in the near future. “France is now seen as a ‘red’ country. Nonetheless, while the different digital vehicles we have at our disposal mean that we can still maintain contact and relationships, many of us are still missing the physical social contact. I really hope we can meet soon, in the flesh.”

SME in the spotlight: GΩHM

State of the Art

Kick-off of the Eureka Clusters Programme

Tumour in sight during radio treatment

The new helmsman at the wheel

An innovative simulation that saves time and money

SME in the spotlight: GΩHM

The Road to Smart City Live

State of the Art

A compass for your projects

Kick-off of the Eureka Clusters Programme