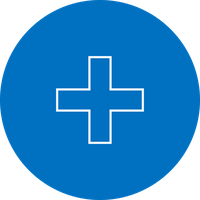 A system of real-time systems for more effective healthcare

While there have been considerable advances in recent years in the oncological and radiotherapy treatment of cancer, a major challenge still faced by image-guided intervention and treatment is the availability of coupled real-time feedback of the imaging and therapy systems during interventions. The goal of the SoRTS project was to develop a System of Real-Time Systems to support healthcare professionals in the transition from invasive, open surgery to minimally invasive, image-guided intervention and treatment (IGIT). The outcome not only significantly lowers healthcare costs through shorter hospital stays and higher throughput, but it also boosts the productivity and effectiveness of cancer treatment and reduces patient risk.

Essentially, the problem is that the movement of a tumour under the effect of respiration, for instance, risks damaging surrounding tissue during treatment. The only imaging modality that can visualise the tumour well, MRI, traditionally has image creation times of minutes. SoRTS came up with a solution to this problem in the shape of the MR-linac system (Magnetic Resonance Imaging - Linear Accelerator), which is designed to improve the targeting of tumour tissue while reducing the exposure of healthy tissue to radiation, allowing physicians to precisely target a tumour, even when tumour tissue changes shape, location, size or composition during treatment.

The successful technological solution, real-time coupling of imaging and treatment systems, was built on the collaborative power of consortium partners in the value chain for state-of-the-art IGIT and was demonstrated in 3 use cases. The Magnetic Resonance Imaging (MRI) imaging systems of Philips, for example, are made suitable for low latency real-time feedback during image-guided interventions while therapy systems, like brachytherapy, linear accelerator (Linac) and high-intensity focused ultrasound (HIFU), as provided by Nucletron, Elekta, Philips Finland and UMCU, can destroy malignant tissue via a minimally invasive or non-invasive method. UMC Utrecht developed and optimised clinical procedures to determine the most effective and efficient way of using automated image guided interventional systems, validating such procedures in several radiotherapy applications. Finally, a Real-time Therapeutic Procedure Supervisor was developed. This integrated image-controlled therapy by independent systems allows the deployment of algorithms specific to needs of any partner in the chain, without the need to upgrade or replace individual systems.

The SoRTS project has provided state-of-the-art technology to Philips MR diagnostic systems and allows the exploitation of real-time motion correction. The innovations provide Philips with a competitive edge creating a higher market share. Based on SoRTS results, Philips released a new MR clinical application in 2017: Compressed SENSE, an acceleration technique that can accelerate all routine 2D and 3D clinical MR applications by up to 50% with virtually equivalent image quality. Compressed SENSE is also featured in Philips’ new 3.0T MR solution, Ingenia Elition, announced in March 2018. The Ingenia Elition helps clinicians perform MRI exams up to 50% faster, with no compromise in image quality. In 2017, Royal Philips has made an agreement to transfer its MR-guided, high-intensity focused ultrasound (MR-HIFU) business to Profound Medical, in which it has obtained a minority interest.

One of the key outcomes for Elekta was the MR-linac system, commercially introduced as the Elekta Unity. It is the only MR/RT system that integrates a premium quality (1.5 Tesla) MR scanner, from MR technology partner Philips, with an advanced linear accelerator and intelligently designed software. As of April 2018, Elekta began installing 18 high-field MR-adaptive linear accelerator (MR-linac) systems worldwide and the system received the CE label in June 2018. Furthermore, in 2018, Elekta won the iF Design Award, a world-renowned design prize, for Elekta Unity. In May 2017, the University Medical Centre Utrecht treated the first patient as part of a clinical study with Elekta Unity. Following this first clinical study, more patients, e.g. with lumbar spinal bone metastases, were treated.

Technology integrator Technolution benefited from its participation in SoRTS by improving its core business in providing solutions for real-time multi-core hardware for medical and for non-medical applications.