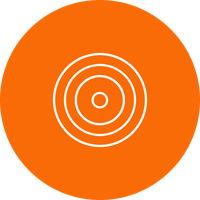 The next step forward for the high-tech systems manufacturing domain is to integrate operational data into a product's development lifecycle. While there is an understanding that data can lead to improved processes, less is understood about the necessary roadmaps to get there. The challenge taken up by the ITEA project Reflexion, comprising eight partners from Belgium and the Netherlands, was to support the paradigm shift emerging in high-tech industry from selling 'boxes' to supporting 'integrated solutions', by providing significant improvements in quality and stability during early product rollout. The objectives were defined as follows: to react to unforeseen problems or emerging needs in a fast, cost-effective way by augmenting products with an introspective layer of data sensing and data analytics, thereby creating value out of the high-tech system’s operational data which is still characterised by legacy choices based on infrastructural and analytical approaches. Then propagate this knowledge (automatically) back into the product development lifecycle and the service and maintenance flow.

Reflexion's success does not lie in a product – a nonexistent 'silver bullet' to be applied in all circumstances – but in integrating pre-existing frameworks to improve the consortium partners' processes. There are a wide number of open-source frameworks that specialise in data science, backed by huge communities. Through Reflexion, high-tech systems companies were exposed to these frameworks, helping them to understand what exists and how it can be used to improve their own data management. The addtional introspective layer of data sensing and analytics allowed partners to valorise their operational data and to use the newfound knowledge to improve the development cycle, services and maintenance. Reflexion supported them to create a so-called 'digital loop'.

The application of data science in manufacturing was new back in 2015 when data use predominantly targeted the control engineering of mechatronic systems. Reflexion introduced another perspective of data exploitation providing a new added value. As a result, the market penetration for the participating tool and service providers grew by 10% in terms of both improved product offering and extended services.

The Dutch SME Axini has further developed and improved its platform for scriptless test automation. The unique property of the Axini approach is that AI and formal method algorithms automate the entire test process. Axini has productised the project’s prototypes into its platform and has proven that the new approach is 50% faster and more effective than all other alternatives in the market. In general, the Dutch SME SynerScope saw a 30% reduction in time spent troubleshooting performance issues at the customer site by using structured log analysis and analytics on interaction logs.
The Belgian SME Yazzoom has further developed and improved the algorithms in its Yanomaly software for anomaly detection and predictive analytics on machine data. In particular, algorithms were created and validated for semi-automatic parsing and anomaly detection in log files.

Additionally, for the OEMs the impact of Reflexion on the growth in turnover and / or market penetration for selected applications was projected at 20%. Canon Production Printing did agile development with its launching customers for its new inkjet printer. 4GB of daily data from the printer was exploited with the development of an Optimal Diagnosis Analysis System (ODAS). Beyond automatic analysis, they managed to support quick knowledge sharing between the company’s different specialists to reach a common understanding of the situation and decide together on what to enhance.
By exploiting data more efficiently, Philips and Barco can now create medical equipment with a higher uptime, allowing to diagnose or operate on more patients per day. In addition, thanks to Reflexion, Philips partnered up with Yazzoom for further research resulting in the development of a platform for both further research and new services. Siemens Industry Software has made its first steps into machine learning. It resulted in the development of the new Simcenter Studio tool released in 2021 as a completely new solution in the Simcenter portfolio.

Reflexion turned out to be genuine successful collaboration.