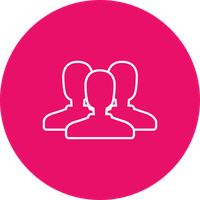 Ensuring interoperability of card payments across Europe and beyond

Several years ago, the European card payment industry, terminal manufacturers, processors and payment system providers worked together - in line with the preference given by the European Central Bank and the European Commission for ISO 20022 standards - to implement SEPA, the Single Euro Payments Area. SEPA aimed at facilitating payments in Europe beyond national borders in order to achieve a single domestic market of payments. However, this requires the full harmonisation of payment-card use – a necessary step to ensure the complete interoperability of national card payment schemes. The ITEA EPAS project (2006-2008) aimed to involve the main actors of the card payment industry to deliver global standards that would enable European retailers to rely on common specifications for their card acquiring operations. The EPAS project gathered together various actors belonging to the European card payment industry such as Groupement des Cartes Bancaires, Ingenico, ATOS Worldline, Verifone, Wincor- Nixdorf, Total, Equens and many others.

EPAS contributed to the achievement of SEPA by delivering a series of specifications that enable a smooth migration from non-interoperable proprietary solutions with dedicated interfaces to an open environment based on interoperable hardware and software components from different manufacturers. This work resulted in three major components for point-of-interaction (POI) transactions:

A first working demonstration of the EPAS standard took place in November 2008.

After the project end, a formal not-for-profit legal structure – EPASOrg - was set up with the aim of providing a global platform for the evolution and further maintenance of the standards. A year later (November 2010), EPASOrg delivered the very first series of universal ISO 20022 standards for card payments.

Major international card schemes involved in acquirer-toissuer card payment such as Visa, Mastercard, AMEX and Discover have ultimately come to the conclusion that ISO 20022 would progressively lead to the replacement of the legacy ISO 8583 industry standard which is still extensively used worldwide. A dedicated initiative in the acquirer-tocard issuer domain, ISO 20022 ATICA, involving the above actors aims at bridging the standard gap by completing the existing series of ISO 20022 card payment standards. The outcome of this work will enable a terminal using the EPAS standard to further reach a card issuer through the ATICA norm and so provide a full-fledged ISO 20022 solution from one end of the chain (the terminal initiating the card payment) to the other end (the issuer of the card giving the authorisation for the payment).