… sharing knowledge, skills and life experience to guide another towards reaching their full potential; it’s a journey of shared discovery 1

ITEA Chairwoman Zeynep Sarılar speaks with Andy de Mets (Barco) and Asli Tanriverdi (Philips) about their views on and roles in mentoring within the ITEA Community. What does it mean to be a mentor in a project? What would they advise new mentors on mentorship? What do they enjoy most as mentors in a project? And would they recommend the role to others? Zeynep kicks off the discussion by underlining the importance of mentorship in the ITEA Community and asking the two mentors how they define their roles.

Asli gets the ball rolling: “Mentoring is an important element in our Community. You can really make a difference, especially with regard to new project leaders. For me a mentor is a go-to person for both the project leader and the consortium as a whole. Someone who looks at matters through the lens of a reviewer and can give direction, guidance and advice when needed at any phase of a project. From ideation to implementation.”

This is a perspective Andy shares: “And, of course, mentorship goes beyond the reviews. I see the role extending to a, shall we say, more informal space whereby project participants can contact a mentor for practical or informal questions, for example: how do you deal with specific practicalities? Of course, the ITEA Office knows all the rules, processes and criteria but it can sometimes be more ‘comfortable’ to just be able to consult someone who has actually gone through – experienced – what you are about to confront. As Asli said, a go-to person. If the project is in the hands of more experienced leaders, then the mentoring role is likely to be less prominent. Nonetheless, as mentors we can still enable the innovation, the State-of-the-Art and other key aspects of the project to come to the foreground in the review process. We can help those developing the technology to highlight the usefulness of that technology. Also if we, as mentors, can point to an anomaly in a project, this comes across as much less ‘threatening’ than a reviewer's comment. A kind of confidante whose goal is to help a project succeed as best as it can.”

Asli adds, “I completely agree with everything Andy says and particularly in the ideation phase, it’s very important in a platform such as the one ITEA offers, full of opportunities and ideas, to sit down with everyone and really consider which ideas have the biggest chance of making an impact. How do we develop this and what stages do we need to plan over the next year or two? This is where the mentor can play a supporting role in enabling the right choices to be made – what projects can showcase the ground-breaking innovations that will create the most business impact? So the mentor has an important role in guiding the right proposals to be submitted. Furthermore, the mentor acts as a kind of intermediary or liaison officer in bringing the feedback from the steering committee or Public Authorities to the project consortium and ensuring that this feedback is taken up and addressed.”

“Indeed,” Andy replies, “while we don’t actually have a very active role in the actual reviews themselves, we are present during the post-review discussions with the reviewers. This is beneficial since we are able to clarify the reviewers’ comments – where do they come from, what are they based on? In essence, we can provide the kind of insight that will help the consortium to address the issues in the right way.”

Andy also cites the value of having a mentoring system, recalling a Call 2 project a few years ago that encountered the dropout problem in which a number of companies and countries in a consortium were unable to continue, leaving just a few smaller companies to pursue the work. A very daunting prospect, especially with the loss of specific expertise. Or so it seemed. Andy was asked at the time to contact the Belgian project leader and following a few conversations, the project made some adjustments. While it did not retain all the goals that had been set out at the beginning, this steering intervention nevertheless helped to reshape the ambitions and produce a set of very impactful results. “For me this was a very rewarding thing to do. I know that I made a contribution to the success of the project, not in a technical way but as a collaborator.”

“That’s right,” says Asli, “as a mentor you can still feel like you are an integral part of a project even though you are not part of the technical development. You are engaged through guiding and supporting and so feel part of the success. That’s the real reward you get as a mentor.”

Zeynep is fully convinced of the value of mentors in ITEA projects. “When I see the successes of our projects, very often the golden touch of a mentor is evident. Whether that’s in a technical, management or human way. The projects feed off the valuable input from mentors. So let me ask you, what would you say to anyone who intends to become a mentor? If I were a newbie, what advice would you give me?”

Asli: “The first important thing is to get a good understanding of the project, its goals, the participants and people involved. Get hold of the feedback and regularly check in on progress. Be open and accessible to the project leader. If you can do that, you can offer value.”

Andy: “Run! But joking aside, one of the tasks that we have as mentors is to demonstrate, especially to newbie project leaders with little experience in ITEA, that we are a Community. We are there for each other. Show them that the strength of ITEA – our flexibility and collaboration – is there to help them. And interact. This is particularly vital during the initial phase of a project when changes tend to occur. Help them see beyond the problems to find opportunities to have successful innovation and impact. And, as Asli alluded to, it’s important that project leaders are aware that it’s an open line to you as a mentor.”

Asli: “The intensity of that contact will, of course, depend on the experience a project leader has and you have as a mentor. Where the project leader is experienced, the focus of the mentor is often on acquiring a helicopter view to keep a good eye on what’s happening and where things are heading. Of course, with a new project leader your role will be more to guide and direct, and invest a bit more time.”

“I agree,” says Zeynep. “Having an engineering background myself, I am well aware of getting so wrapped up in the technical detail that there is a danger of missing the mission – the reason why you began the project in the first place. So I am very much in favour of a third ‘objective’ eye in the whole process. So, even whether you are an experienced or inexperienced project leader, the value of this third eye cannot be underestimated. But if we look at the flipside of the coin, a new mentor also faces challenges, wouldn’t you agree?”

Andy: “Absolutely. But what certainly helped me when I became a mentor for the first time was that I had already been involved in ITEA for quite a while. I already had experience as both a project participant and leader. Being a relatively familiar face in the Community also helped, that’s for sure. I faced challenges but when I think back on the projects I have been involved in as a mentor, we always managed to turn things around when problems arose. As I said earlier, there’s a tremendous amount of satisfaction you derive from this. It underlines your value and demonstrates how worthwhile it is to take on such a role. In addition, you gain the benefits of acquiring knowledge from a range of domains that, as a mentor, may not be part of your daily work. This is a big plus.”

Asli: “Well I do get satisfaction from the value we provide being recognised. I recently talked to a project leader about the comments received in a review and he said how useful it had been to actually discuss the comments in detail. That kind of feedback reaffirms your value as a mentor. Another thing that makes me feel good about my role is, as Andy suggested, the knowledge you pick up. All the amazing things being done throughout our Community. And what’s really great is that you get insight into beyond State-of-the-Art. But if I had to say what the most rewarding thing is, it’s the final review when the project presents its achievements. And you know that you have been part of that process.”

“So,” Zeynep asks, “you obviously have certain expectations of the project leaders when you engage in your role. What are these?”

Asli: “First and foremost, you expect your project leader to have and keep the project objectives – innovation and results – firmly in focus throughout the course of the project. To be the spider in the web, as it were.”

“I think this might be an obvious one,” adds Andy, “but I also expect them to be open to us. We can only do our job effectively if they are open to us about issues that are at play, for instance. And that’s my experience – they are as open to us as mentors as they are to the project participants. But that shouldn’t be so surprising actually since one of the main strengths of the ITEA Community is the openness that pervades.” Asli confirms this. “That’s right, we engage in mutual trust building. We are transparent towards each other.” In fact, Zeynep suggests that the mentorship role fulfilled by Andy, Asli and others goes beyond just mentorship – that it also has a family-building effect.

As ITEA Chairwoman, Zeynep is also a beneficiary of the mentoring work of Andy and Asli, among others. “I remember Andy whispering in my ear about spotting a new project leader as a ‘rising star’. I think that is also a very valuable contribution mentors can make. They bring awareness to us. They enhance the connections in our network.” Andy: “It also works the other way around. By being a mentor and picking up signals from project leaders and participants, we are also able to bring feedback to ITEA that can help us to improve the programme.”

As a parting shot, Zeynep asks both why they think someone would or should get involved in mentoring. Andy goes first. “Would I recommend it? Yes. For all the reasons we have already referred to. But I also think they should be aware that it can take up quite a bit of your time. Despite that, the appreciation of your efforts by the consortium and ITEA is very rewarding.” Asli is again in full agreement here. “Of course, handling your time can be quite a challenge at times, especially when you are engaged in mentoring several projects at the same time, but when you realise the value you bring, then you also realise how worthwhile it is. It’s a win-win situation. Professionally and personally.” On this very positive note, Zeynep expresses her own appreciation for the valuable work and commitment of ITEA mentors in general and of Andy and Asli in particular, who offered even more of their precious time to share their views and perspectives here. 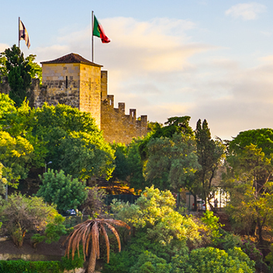 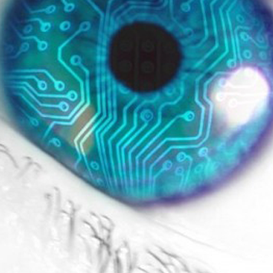 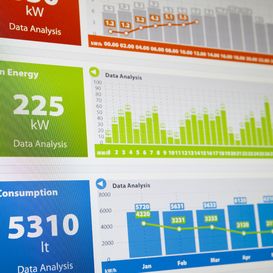 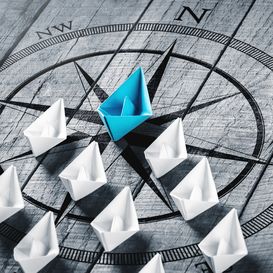 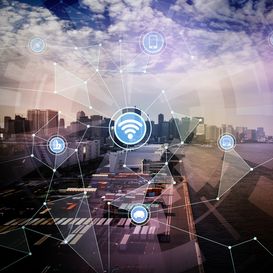 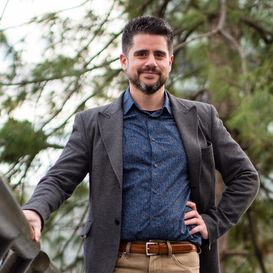 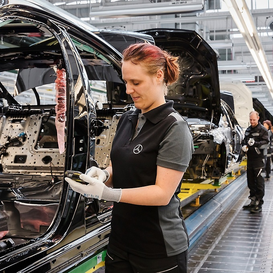 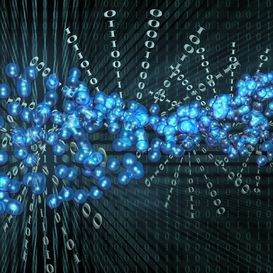 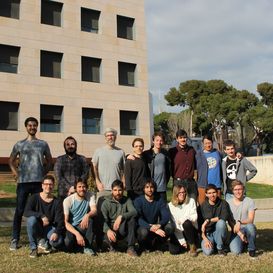 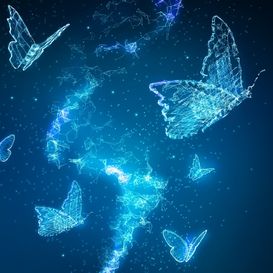 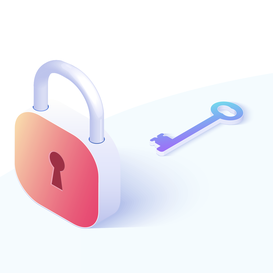 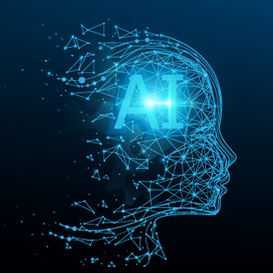 IoT: where do we stand?

The rewards of being part of a strong Community

A digital pathology solution for more effective and efficient treatments

The intelligent way to transfer data