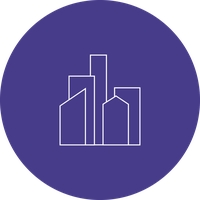 Imagine a malicious hacker taking over the heating, ventilation and air conditioning system of a hospital. With all of the equipment and facilities becoming more and more connected in order to make the systems smart and save energy, this has become a serious threat. Luckily cyber security is also becoming increasingly successful in addressing these issues. And one of these success stories can be found in the FUSE-IT project.

FUSE-IT, gathering 20 strong partners from France, Belgium, Portugal and Turkey, addressed the need for sustainable, reliable, user-friendly, efficient, safe and secure Building Management Systems in the context of smart critical sites, like hospitals. From a site management perspective, it solves the dilemma of efficiency and security in intelligent buildings. At the user level, a smart unified building management interface enables the daily monitoring and control of a building, while a full security management interface enables the supervision of both physical and logical security throughout the premises. And at the end-user level, this can save both energy and lives.

To achieve this, the project developed a Smart Secured Building System resulting from cross-domain innovation between energy and security activities that are traditionally very segmented. The system can be deployed as standalone components, as a fully-integrated system or as a service. The innovation proposal of FUSE-IT resides in five key capacities:

On the back of the project results, Airbus CyberSecurity has successfully filed a patent on a method for securing and authenticating telecommunication. Overall, the project has led to the acceptance of four patents. Next to this patent, Airbus has been awarded with several multi-million euro contracts, both inside and outside its organisation.

In Q2 2018, the French SME VTREEM launched a new SaaS product named 'BIMValue' to enhance, control and manage sensitive data using semantic BIM (Building Information Modelling). Thanks to this development, VTREEM was acquired by Catenda in 2019. This Norwegian software editor is specialised in BIM.

For the Belgian consortium, Niko has created the nextgeneration Niko Home Control platform NHC 2.0, which now has more open API interfaces. Additionally, all of their new wireless products will be based on the open standard Zigbee instead of only proprietary protocols. All of these changes will make Niko Home Control more open and available for fast and smooth integration by third parties. The FUSE-IT project has helped Niko to create a new architecture and move to said open standards, allowing them to grow faster and to become more attractive to other companies.

Using the knowledge and developments of FUSE-IT, the Portuguese consortium was able to create a new solution for intelligent building management focused on a semanticbased approach to fault detection in cyber-physical environments. The C2C (Click to Control) solution is now entering TRL 8 after having been demonstrated in an operational environment. Moreover, the alarm and warning mechanisms developed in FUSE-IT were integrated in a commercial product by IPBRICK targeting critical buildings. EVOLEO developed a middleware solution that allowed it to interface with the legacy control systems of the building, including HVAC, oxygen and room pressure, thanks to upto- date IT systems to implement new functionalities and optimisations. These developments are of great important for EVOLEO as several legacy systems can be turned into smart systems without the need for replacements or very demanding customisations or retrofits.

A new (and misunderstood) topic when the project idea was first introduced back in 2013 was the protection of smart infrastructures against combined cyber and physical threats. This now appears in the top three areas of investment by public and private actors. From this perspective, FUSE-IT has been a pioneer project, enabling the consortium members to take a strategic lead.