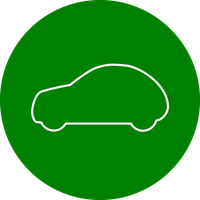 In the automotive domain, there is an increasing demand for software related to services like location, media and driving assistance. Although high-end cars now contain hundreds of millions of lines of code, development takes place in silos belonging to each manufacturer or OEM. To meet consumer needs at this high level of complexity while avoiding ‘walled’ proprietary solutions from a few monopoly players, a secure, open car-to-cloud and cloud-to-car platform is needed.

The ITEA project APPSTACLE, hosted at the Eclipse Foundation and gathering 21 partners from Finland, Germany, the Netherlands and Turkey, has created such a platform, connecting cars and transportation vehicles to the cloud using hybrid communication technologies for V2X (vehicle-to-everything) communication. Eclipse facilities have been used to build an open ecosystem in which security, privacy and identity requirements can be met, allowing the platform to be used in a wide range of vehicles.

As a vehicle-to-cloud ecosystem, the APPSTACLE project has enabled the vehicle connectivity infrastructure and added functionalities to connect to an open-source environment for developing, deploying, maintaining and monitoring in-vehicle applications.

For vehicles without in-built connectivity, an open-source dongle (hardware) can be used to access the vehicle data. Data on aspects such as speed, temperature and driver behaviour can be fed to the outside world, where it can be applied in new and existing market sectors.

Additionally, the consortium has adopted an ontology standard, Vehicle Signal Specification (https://covesa. github.io/vehicle_signal_specification/), which enables the interoperability of the implementations between vehicle manufacturers and unified data models for in-vehicle signals and data-intensive application development.

On 30 November 2019, the project announced the first release of the Eclipse KUKSA platform that unified the technologies across the vehicle, IoT, cloud and security domains to provide an open-source ecosystem to developers which addresses the challenges of the electrified and connected vehicle era. The platform is supported by an integrated development environment as well as an app store where device owners can select and install applications. Eclipse KUKSA is an open-source platform and is available for download from the website https://www.eclipse.org/kuksa/.

KUKSA is continuously being updated to support changes to the Vehicle Signal Specification (VSS), an industrywide effort between OEMs, TIER 1 and other suppliers to standardise vehicle data. By continuously providing VSS-compliant software components, KUKSA continues the vision of APPSTACLE to provide open standards and implementations for connected car ecosystems.

Besides software, APPSTACLE also created open-source hardware that can be connected directly to the diagnostics port of a vehicle. It allows even better access to vehicles and enables low-cost entry to the development of in-vehicle applications and work with in-vehicle data.

Additionally, Eclipse KUKSA is offering non-manufacturing companies in the automotive domain the opportunity to access new markets and business models, such as allowing rental companies to track the status of their vehicles. Academic dissemination is another key result of the project.

Next to playing a strong role in 10 Masters of Science and 14 PhDs across Europe, the consortium has also organised three Eclipse KUKSA-related courses and summer schools which were attended by around 150 students in total. KUKSA should therefore become an asset in teaching and research for automotive IoT end-to-end frameworks. Since 2022, Eclipse KUKSA is put into a bigger context by integrating its results into the newly formed Eclipse Software Defined Vehicle Working Group, a joint effort by 27 partners from the automotive industry who join forces to build an open technology platform for the software-defined vehicle of the future. KUKSA’s role here and its impact on driving the COVESA VSS standard was highlighted at events such as the EclipseCon 2022 and the Bosch Connected World 2022, the leading industry conference on AIoT and digital transformation.

In the long run, Eclipse KUKSA will make disruptive changes to the automotive value chain. One aspect is the emergence of new forms of connectivity: street infrastructure hold the potential to become information base stations to enable data processing near to the car rather than in the cloud.