ACOSAR and its DCP – a protocol for celebration

Modelling and simulation represent key methods for the successful development of technical devices and machines and while the functional mock-up interface (FMI) is an existing standard used for the exclusive integration of simulation models, VIRTUAL VEHICLE’s Martin Krammer points out that “currently no standardisation for the integration of real-time systems exists and without a standard for distributed co-simulation, too much time and effort are wasted for integration.” A major motivation for developing the DCP (Distributed Co-simulation Protocol) specification in the ITEA 3 project ACOSAR was to reduce this time and effort that the OEMs are spending. Project partner and use-case provider Porsche figured out that within the next five years or so, a huge integration effort could be saved, amounting to around 13,000 hrs, which is equivalent to €5-7 million. Martin Benedikt, the coordinator for the ACOSAR project, adds that translated to a global figure, many millions of euros can be saved during system engineering.”

From vertical to horizontal

The DCP was intended as an open standard for fast industry adoption – like the FMI (Functional Mock-up Interface) – and thereby benefits to component providers. It means that having DCP compliant integration, there is no need to negotiate protocol with their customers, which gives them a competitive boost. System integrators also benefit from the DCP integration of the subsystems. “It’s a win-win for everyone,” says Krammer. “What’s more, by making something publically available with access for everyone, from academics to SMEs and OEMs, future development is enhanced.” The ACOSAR project also ensures that safety engineers are beneficiaries of systematic development methods and well-defined interfaces between system components – the DCP gives them confidence in the reliability of their system testing results so that they can focus on what to test rather than how to test. In this way, they can do more tests in less time, which ultimately makes products safer.

With many different components provided by different partners, there is much to be gained from stimulating the transition from a vertical to a horizontal approach whereby the required integration is reduced to an interface specification in order to exchange IP-protected components. “The DCP supports the fast and smooth integration of these heterogeneous IP blocks and leads to an open market,” Benedikt explains. “As the numbers of integrated subsystems for testing and system simulation increase from their current 2-3 subsystems to be integrated to 10-15 in the future, the need for an interface to cope with this challenge becomes even more urgent. So, a publicly available, industry-accepted interface can facilitate the horizontal approach that is needed.” Not only that but “it also opens up the possibilities for SMEs for having significant market shares ,” Krammer adds.

Expressing his gratitude to all the members of the ACOSAR consortium, Krammer’s message to them is clear. “After the end of the project on 31 August, we are going to continue our work in terms of the new Modelica Association Project. However, the DCP MAP is not limited by time as ACOSAR was,” Krammer points out. “We are now working on DCP specification version 1.0. All ACOSAR partners will be involved. It is a measure of not only the interest and importance but also the trust our partners have in what can be achieved.”

As of March 1st, the DCP specification document 1.0 was released to the public. Over the last few months, several parties showed their interest to the specification document. Among these were automotive suppliers, maritime engineering companies, major airplane manufacturers, and software tool providers. There is also a big demand for the reference implementation, which is available in an open-source manner, and can be downloaded from the DCP website.
The new DCP website can be reached at: www.dcp-standard.org

Several companies, especially tool vendors, are already implementing the DCP within their products and some major OEMs are compelling their suppliers to also implement the DCP. “This will help the market distribution of the DCP in the short term so that it’s possible to have a significant position in the market within 3-5 years,” says Benedikt. “We are targeting prospective customers that are involved in simulation, mixed virtual/real testing and co-simulation and the ACOSAR partners will promote the capability of the DCP among their own customers. There is interest from large automotive companies, the semiconductor sector and aerospace and maritime industry from Europe and the US. And following presentations in Asia, interest in the DCP specification is huge there, too.” 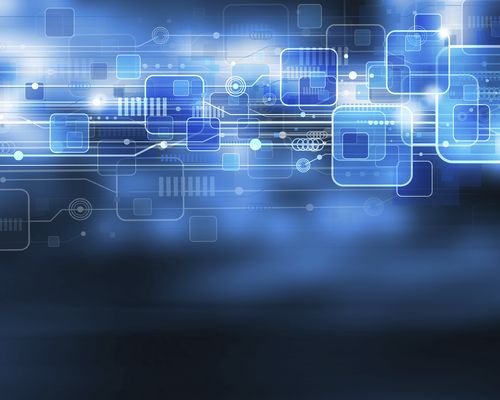