User in the loop 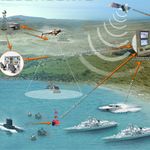 The EUREKA Cluster ITEA pushes innovation and targets business impact. We observed in many of our projects how it makes the difference when a project integrates some end users in its core team. To target the market, the first step is that research actually responds to user demand. User demand is rarely expressed in terms of a document that clearly outlines the demand but rather it is a deep interaction between users and engineers. It is because you are close to them, because you observe them on their daily job that you are able to actually understand the user demand and I would say the user dream. In reality it is not so easy for the user to think about his needs out of what he has seen somewhere or what is not working well with his present tools. It is only through numerous and continuous contacts between creative persons and end users that you are able to actually innovate by actual needs.

It is exactly what occurred with the ITEA RECONSURVE project where a team of innovators works directly with the Turkish coast guard to develop a sophisticated system vision crossing different real-time sensor data to allow the operator to analyse a complex situation with hundreds of simultaneous tracks.

A characteristic of end users is that they are not so much interested by concepts but by concrete demonstrations. The last RECONSURVE reviews have just been impressive with actual vessels moving on the sea together with a realistic scenario. All the system bricks have been integrated to ensure a real-time situation analysis. I heard from actual operators (a French gendarmerie colonel) how much they feel at home on this RECONSURVE system with a power of analysis they were not used to having, which allows them to rethink their own organisation to get the maximum out of what has been developed.

The result is so end-user oriented that it predetermines strong business impact. RECONSURVE is definitively a typical ITEA success story.

The RECONSURVE project received the ITEA Award of Excellence 2016 in the category 'User Focus' during the recent EUREKA Innovation Week in Stockholm (April 2016).