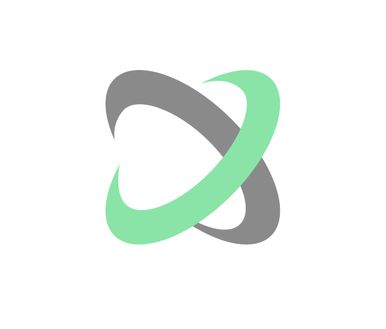 IBC is coming! This year, the annual trade show takes place from the 13th till the 18th of September in Amsterdam. Especially VRT Sandbox will be represented this year with the Sandbox Hub, a network that aims to build a European network for media innovation. Here, you will find an overview of where to find our colleagues.

The European MediaRoad project transforms the successful initiative of VRT Sandbox into a replicable model for other European broadcasters. Together with partners as the EBU, BBC and RAI, the VRT aims to build an international network for accelerators of media innovation: the Sandbox Hub. In a MediaRoad session on Sunday, the 16th of September, you will hear more about the progress of the project and the opportunities it offers to entrepreneurs, startups and European broadcasters. Even more, one of the newest partners of the Sandbox Hub will share their experience of starting their own Sandbox. Finally, Tinkerlist will also enlighten the perspective of the startup and how the Hub helps them to scale in Europe.

VRT Sandbox: as intrapreneur at IBC

VRT-colleague Renaud Schoonbroodt will make his debut at IBC with startup On-Hertz. With the support and guidance of the intrapreneurship track of VRT Sandbox, intrapreneur Schoonbroodt developed LUMO, a virtual radio station that enables presenters to broadcast live at any location more easily and efficiently, and at a lower cost. On-Hertz already received (international) press coverage for a collaboration with Radio 2, in which Renaud's mobile radio station was used for the first-ever broadcast from a hot air balloon.

MOS2S: The MOS2S-project is aimed at crowd journalism on the one hand, whereby users can become journalists by making and sharing their own footage, and at the enrichment of live events on the other hand, by means of augmented reality and other new technologies.

At the booth of MOS2S, the Korean partners will demonstrate Ultra Wide Vision (UWV), an innovative live broadcast technology that can maximise realism through super high resolution large-screen panorama videos that are three times the size of Ultra HD (with a total size of 12k x 2k), with a viewing angle of 180°. The consortium shows a world first: the making-of of the first live transatlantic transmission in Ultra Wide Vision between the Netherlands and South-Korea of a soccer game played by the Netherlands and Peru.

The partners from Flanders, the Netherlands and Turkey also clarify the new functionalities of their integrated platform, such as a live online debate and an automated virtual camera that is based on player tracking and UWV content. At the centre lies the Video Cloud platform of Kiswe that edits the different sources together. In addition, the video clipping tool of the VRT makes it possible to pull out interesting moments of a sports game from different sources and create new user experiences.

Other projects of VRT Innovation are represented at the booths of their partners:

MARCONI: The MARCONI project aims to bring radio experiences to the next level by enabling fully interactive and personalised radio solutions, integrating broadcast radio with digital and social media. The project makes use of AI, deep learning en chatbots. You can hear more about the project at the booth of partner Pluxbox (Location: 8.D96).

HRADIO: HRADIO will leverage the full potential of hybrid technology for radio.The project will create exciting new radio services to deliver time and location independent listening experiences, smartly combined with personalized and on-demand content. In september, the first pilots will take place and the first developed features of hybrid radio will be tested. You can hear more about the project at the booth of partner IRT (Location: H8 B05).

ImmersiaTV: The ImmersiaTV project researches new content formats for omnidirectional video. Viewers are able to have a unique audiovisual experience on traditional tv, tablets as well as on a VR-headset. For a pilot on visual radio, ImmersiaTV livestreamed from the MNM radio station with a multicam 360° video setup. As a viewer, you are able to experience the director's point of view and watch how the DJ is broadcasting. For the multicam recording, the StudioOne system from startup Azilpix was used. You are able to watch the demo at the Azilpix booth at IBC. Location: Flanders Investment & Trade Pavillion, booth 10.F42